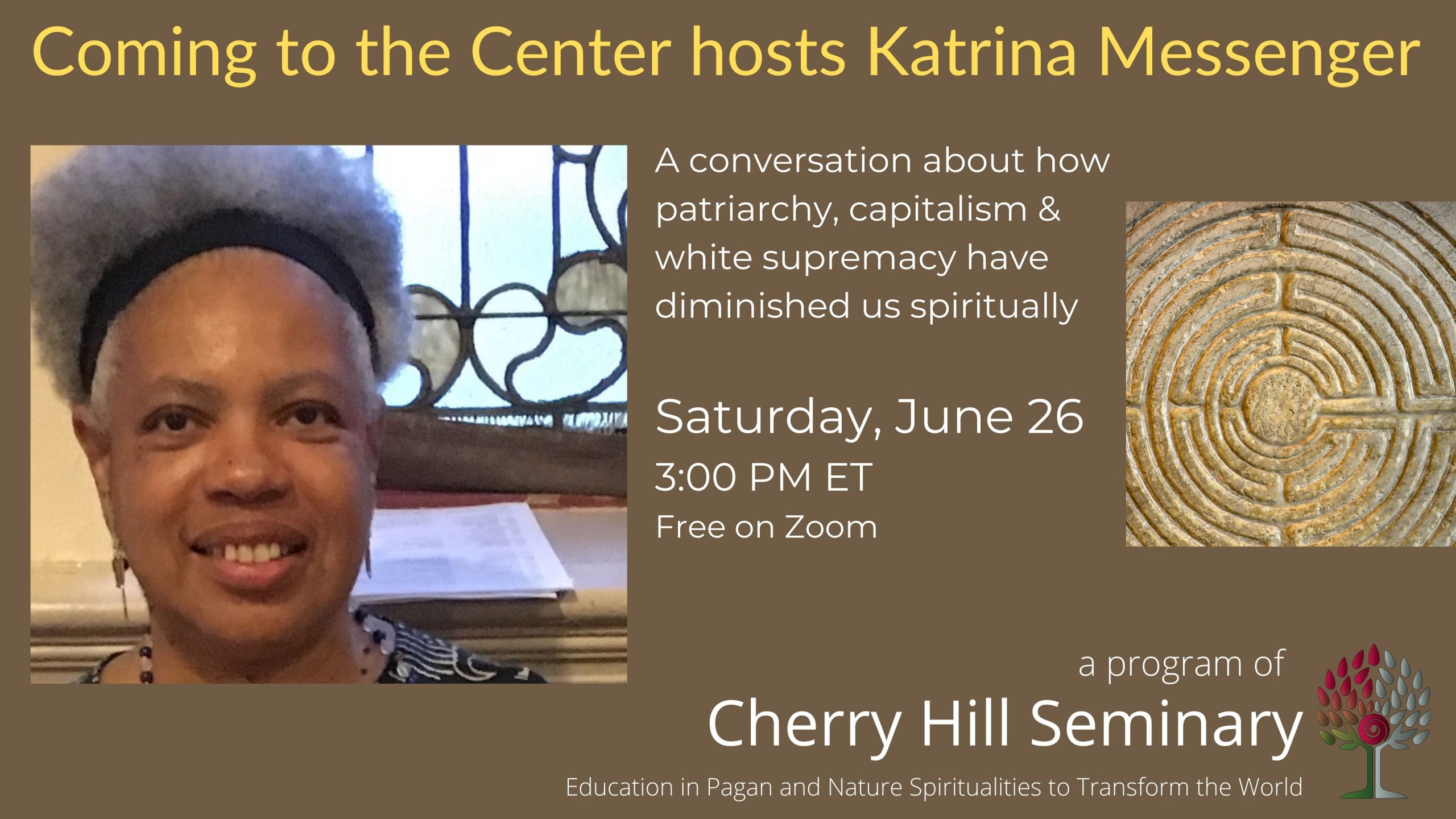 Katrina Messenger is a poet, priestess, warrior and witch. She is a full time Wiccan mystic and an ordained minister. In 1999 she inaugurated a magical working called Connect DC, to reconnect and heal the city of Washington, DC.  In 2004 after retiring from her career as a researcher, internet architect, and technologist, she opened the Reflections Mystery School. And now as the elder of her religious order, she offers classes, rituals, spiritual direction, and mentorship to her many students, clients, and colleagues.

Katrina is also a Washington, DC native with over fifty years of experience as a grassroots activist, and community leader. She has taken on leadership roles in almost every group she has joined, including her election to the state presidency of Maryland NOW and later when she served eighteen months as the acting minister for the Sojourner Truth Congregation of Unitarian Universalists.

Katrina has studied mythology, esoteric sciences, and human development for over thirty years. She is the author of Elemental Psychology: Using Jungian Psychology and the Sacred Elements for Spiritual Development, Descent: A Journey for Women, and Dark Beauty. She has published articles in the Reclaiming Quarterly, contributed to the highly successful Twelve Wild Swans, and taught at Reclaiming witch camps from 1997 to 2003. She is an elder in her community and a recognized leader and teacher worldwide.