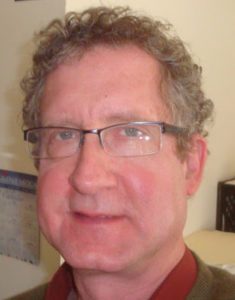 Michael F. Strmiska, Ph.D., is Associate Professor of World History in the Global Studies Department at SUNY-Orange in New York State in the USA, and has also taught courses in Modern Paganism and New Religious Movements at Hampshire College in Massachusetts. He was the editor and a co-author of Modern Paganism in World Cultures: Comparative Perspectives. His research on Baltic and Norse-Germanic Paganism has been featured in a number of journals including Nova Religio, The Pomegranate and the Journal of Baltic Studies. In the fall of 2015, he was a visiting lecturer at Masaryk University (Czech Republic). Dr. Strmiska is currently at work on a book entitled Unchristian Eastern Europe: Pagans, Jews and Gypsies. His research interests involve the political dimensions of modern Pagan and Native Faith movements in Scandinavia, Eastern Europe, and the United States, the interaction between popular culture and Paganism, and developing ethnically-rooted but non-racist forms of Paganism.