ACA Division Honors Social Justice Work of Counselor Who Was the First Wiccan Priestess Approved for Legal Marriages in NYC
Recipient was chair emeritus of the pastoral care and counseling department at Cherry Hill Seminary.  Award to be housed at the New Alexandrian Library 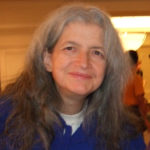 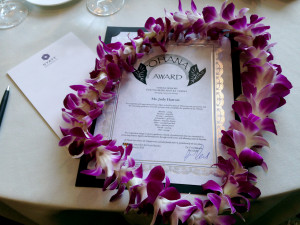 Macha NightMare, well-known author & past president of CHS said: Judy and I have collaborated in efforts on behalf of Pagans and Paganism since the early 1980s. She had a sharp and nuanced mind and an unwavering commitment to justice. It was Judy’s commitment to Pagans in the military that convinced me that Cherry Hill Seminary should seek full accreditation.  I’m delighted to see her life and her work acknowledged with this award.

According to Michael G. Smith, an Elder of the Assembly of the Sacred Wheel and Treasurer of the Board of Trustees: Ms. Harrow was an avid supporter of the New Alexandrian Library. She recognized the need for the Contemporary Paganism to preserve its history and cultural artifacts for future generations so they would be able to have a greater appreciation and understand their roots, their beginnings. She felt so passionately that she left her personal library in her last will and testament to the NAL. It is a great pleasure for us to see her work celebrated by her colleagues and we are honored to house her award, along with her collection, at the Library.

Contemporary Paganism (of which Wicca is a large component) is an umbrella term for one of the fastest growing religious movements.  Pagans are frequently interested in connection with cycles and seasons of the earth, magic, polytheism, and direct personal celebration of ritual connection to the Divine.  They tend to believe in the immanence of deity, maintain a focus on the here and now rather than an after-life, and believe the earth to be sacred.  Current numbers in the USA are pushing upwards of 1 million participants, and so media, library, university, and other institutions that serve Paganism are gaining increasing national prominence.  More information and links to some of the many paths of Paganism can be found at http://www.pagantherapy.com/what-is-neo-paganism/

The Counselors for Social Justice is an ACA division devoted to promoting “social justice in our society through confronting oppressive systems of power and privilege that affect professional counselors and our clients”.  More information at http://counseling-csj.org/