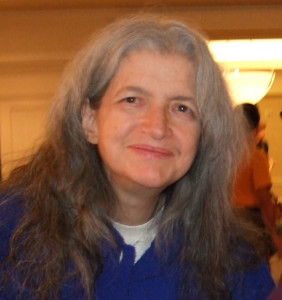 March 21, 2014 — We learned the sad news this morning of the passing of faculty member and Chair Emerita, Judy Harrow. It is difficult to overstate the impact that Judy had on Cherry Hill Seminary.

Judy was involved from our early years, forming and chairing the first Department of Pagan Pastoral Counseling, pushing the organization to begin aligning our training with professional requirements at a time when most Pagans still only concerned themselves with coven secrets and ritual cycles.

Without her wise shaping of the program, I can’t imagine what CHS would look like now. Judy was a gifted teacher, as both our students and scores of her own lineage will attest. To thank and honor her, CHS several years ago named our online library the Judy Harrow Library. True to form, she was pleased but surprised by the fuss and wanted us to keep the title as simple as possible. 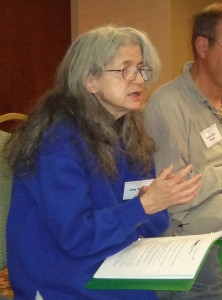 Judy teaching at Between the Worlds 2007

My husband and I met Judy years ago at a Between the Worlds conference (2004, I think) where she took us under her wing. That’s how I first learned of the existence of Cherry Hill Seminary, and I came straight home from that conference and registered as a student.

When I later found myself chairing the newly-formed nonprofit board, then resigning to accept the new position of executive director, Judy was particularly supportive.

We were so fortunate that Judy could be with our faculty and students at one last summer intensive back in 2009, just as she was about to start medical treatments which would prevent her from ever traveling such distances again.

Judy did one last interview this winter with our newsletter editor Carolyn, published in our January 18 newsletter. Now it will be a poignant reminder of the vital role that Judy played for all of us. Farewell to a giant of contemporary Paganism, a dedicated educator and advocate, and a real friend. 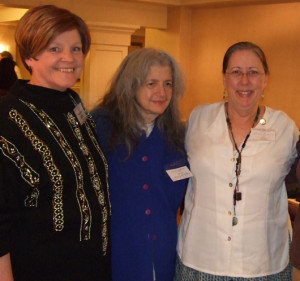 Carol Kirk, Judy Harrow and Holli Emore at Between the Worlds in 2007

Make a gift in memory of Judy