COLUMBIA, SC—Cherry Hill Seminary denounces an assertion that Christianity is the only faith protected by the U.S. Constitution, made in a friend of the court (amicus) brief filed this week in the 9th Circuit Court of Appeals. The brief is part of a years-long struggle by the Seminary Director of Chaplaincy, Rev. Patrick M. McCollum, to compel the California Department of Corrections and Rehabilitation (CDCR) to eliminate its discriminatory policies and practices. 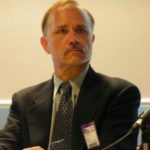 The CDCR has argued before the court that Pagans are not deserving of equal civil rights. In one of their first arguments to the court, the defendants said that certain “traditional” faiths are “first-tier faiths” which merited equal rights and protections under the U.S. Constitution. Faiths other than “Christianity, Catholicism and Judaism” were designated as “second-tier faiths,” with no right to protection or accommodation. Islam and the Native American Church were later added to this list, hence the term “five-faiths policy.”

The amicus filed this week in support of the CDCR is submitted on behalf of WallBuilders, Inc., an organization known for promoting a dominionist “Christian Nation.” WallBuilders claims that the definition of the word “religion” at the time the Constitution was written included only monotheism, and therefore other religions are not protected by the Constitution.

“To make such an assertion is not only outrageous, but it reveals the irony that this country is fighting a war against religious extremists in one part of the world, while government officials in California are willing to deny religious freedom to their own citizens,” said Rev. Kirk Thomas, recent Past President of Cherry Hill Seminary. “We stand by our faculty member, Rev. McCollum, in full support of his brave fight for religious liberty for all in this country.”

“Pagan religions have always existed alongside Christianity, as well as throughout human history and around the world,” said Holli Emore, Executive Director of Cherry Hill Seminary. “The many religious groups and leaders who joined Cherry Hill in signing an amicus understand that we live in a plural society. Indeed, this is one of the strengths of our country, not something to deny or oppose. Our students are a testament to that plurality; they represent the growing need for Pagan ministers who are prepared to serve not only the public sector, but institutional settings such as the California prisons.”

McCollum has a long and successful history of ministering to those unable to practice their faith in institutional settings. He a member of the American Correctional Chaplain Association, a statewide Wiccan chaplain for the California Department of Corrections since 1997, has served as a Wiccan chaplain in the Federal Bureau of Prisons, has helped mentor chaplains from many faith traditions across the country, and has advised state and federal correctional institution officials on religion issues across the nation.

On February 5, 2008, Rev. McCollum testified before the U.S Commission on Civil Rights, and his remarks were widely quoted in the Commission’s report entitled “Enforcing Religious Freedom in Prison.” As a member of the National Advisory Council of Americans United for the Separation of Church and State, McCollum was closely involved with efforts by that group which resulted in a policy change within the U.S. Department of Veteran’s Affairs to include the pentacle symbol on the list of approved symbols permitted to be inscribed on the headstones and markers of fallen soldiers.