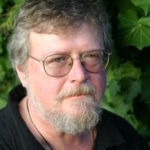 I only took one class- Religion and the Law- from Jim. He was a great teacher… he communicated his passion for the subject very well, and he made things interesting. He also provided a lot of practical experience and guidance in legal research. He made “going into the stacks” seem like both an exciting adventure and a holy mission. – Hugh Eckert 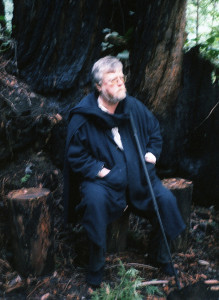 Jim was such a gentle teacher. I was only in one class with him, and had to drop out part way through due to some issues in the ‘life-outside-of-class’ department. He was generous and supportive as I worked through the process, and sad and forgiving when I eventually gave up for the semester. In the few sessions I managed to attend, he was so clear, erudite without being stuffy, razor-sharp-witted without causing injury. I always thought I would go back and take that class again. I’m sorry he won’t be there. – Maggie Beaumont

He and I talked earlier in the year about the course and he was excited about the implications of the research of the author of the text he intended to use. Fortunately, I had read the book so we had a good conversation about the course and the text/author he planned to build the course around. I am saddened by his death; may he rest in peace. – David Oliver Kling 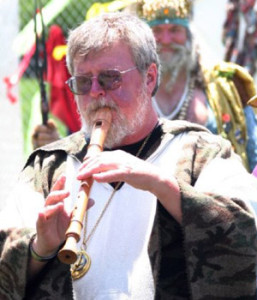 James was a special friend and we connected on multiple levels. We worked with Cherry Hill Seminary together, and he helped me with strategies for both my lawsuit for Pagan rights in the prisons, and on the Pentacle Quest. He also gave me advice when I started my Foundation. James was always quick to offer assistance, and seldom asked for anything in return. James and I played music together and I can still hear the sound of him playing the recorder, which was only one of his many musical talents. Each year I looked forward to him calling the quarters in Gaelic at the Druid rituals, and his robed presence in the Dance Macabre. James was a multifaceted guy with a foot in several communities, and he played a significant role in each and every one. He will be dearly missed! I feel honored to have been able to have served him during his last days and to comply with several of his last requests. I had the opportunity to bless and anoint James before he passed, with the sacred oil from my tradition which he himself helped make. And per his and his son’s wish, I will carry some of his ashes across the sea with me to be buried under the ancient Druid Tree on the Windsor Estate in Ludlow England. You will be missed my friend, but I know you will make your presence known when I walk in the deep woods and secret places. What is remembered lives! – Patrick McCollum

I am truly sorry to hear this. Jim was a great teacher and passionate about sharing important legal information with fellow Pagans. I learned so much from his class and it stood me in good stead when my husband and I became embroiled in a religious freedom lawsuit. His loss is a great one for Cherry Hill Seminary and for the greater Pagan community. – Carol Kirk

Although we only met through emails, I will remember Jim for his sense of humor. His messages always had something that would make me smile. – Wendy Griffin

He helped CHS set a standard for excellence from our very early years. We will all miss him more than I can say. – Holli Emore

and this eulogy by Aline O’Briend (M. Macha NightMare):

I don’t remember exactly when Jim and I first met, but I think it was around the middle of the first decade of this century. I don’t remember the context either. What I do remember, though, at very first encounter, was his boundless enthusiasm.

At that time, Cherry Hill Seminary was just beginning to develop its programs, and I was deep into the process. We knew that however our curricula turned out, it had to include educating Pagans on law as it affects us.

I think that probably the minute I learned that Jim was both Pagan and an attorney, I hit him up to teach a course called ‘Pagans & the Law’ at CHS.

He never hesitated for a second. We just signed him up the minute we could get a contract drawn, and scheduled his first class. That course matured into the more proper and inclusive ‘Religion & the Law,’ and Jim has taught it since that time. Because of Jim’s work, scores of Pagans around the country can now act in more informed and effective ways. As you heard, he was about to introduce a course called ‘Moral Advocacy’ at the time of his passing.

Jim and I came to know each other better over the years. Soon after we met, he attended a day-long workshop on ritual design that I was teaching at a home up in the Oakland hills near the Claremont Hotel. James was the only man in a group of mostly Dianic women. I can’t say I’ve come across many men who are entirely comfortable when they’re the only male among a group of women. Jim, however, was an exception; he engaged easily with this assembly of uppity Pagan women.

Jim also helped open doors for constructive Pagan-Christian-dialogue at Pacific School of Religion/GTU. I was pleased to be among those he considered ‘in the know’ to engage in such work.

From my outside-of-Druidry perspective, I could see that Jim fostered pan-Druid fellowship by organizing larger Druidic gatherings. He reached around the country and around the globe to bring together Druids of all kinds – OBOD, ADF, FodLA, et al. — in recognition of their kinship. This kind of organizing appeals to me; it resonates with my perennial efforts at encouraging Pagan solidarity, for I believe we are stronger for our alliances. So this is another area where Jim and I found we were in accord.

On the more fun side, Jim and I shared a love of processions. Processions alert others to the immanent gathering for something special. He loved having everyone dressed in full Druid regalia or other ritual robes, carrying banners, singing, beating on drums, blowing animal horns and tooting on brass, and generally amping up the excitement. So do I.

And I have to say, before Jim and his Druid pals arose on the local Pagan scene, I seldom encountered anyone who felt that rituals benefit from the splendor of a procession. Maybe that’s from Jim’s Catholic background in high church ceremony; more likely, though, it’s something deeply encoded in his genes, as I believe it is in all of us.

I would wish each of us will remember James, as I do, for his open-heartedness and generosity of spirit. May we carry the memory of his life and spirit forward in actions that reflect those qualities. Thanks, James, for teaching us to open our hearts and to be generous of spirit.

I sing a song to Jim’s spirit, one that, although it’s not Druidic per se, is of original Yokut peoples of this land that nurtured James, and that I feel expresses Jim’s sensibilities.